They were called upon to sacrifice everything for love of country and freedom. What were they thinking in the early hours of June 6, 1944 when they landed on the beaches of Normandy France? In spite of overwhelming obstacles, Allied soldiers prevailed, paving the way for Hitler’s Germany to be defeated in WW2.

Peter and I had the privilege of visiting Normandy on Monday, July 1. We arranged a visit with a fabulous tour company and spent the day with two other couples (both from CA). We were led by the most outstanding French tour guide, a local woman from a nearby village who has been leading Normandy tours for almost 20 years. Our guide was inspiring in her breadth and depth of knowledge on both World Wars. The most amazing part of the tour was listening to her stories. She had so much to share from her year’s meeting people from around the world. Some of the more memorable stories are included below. 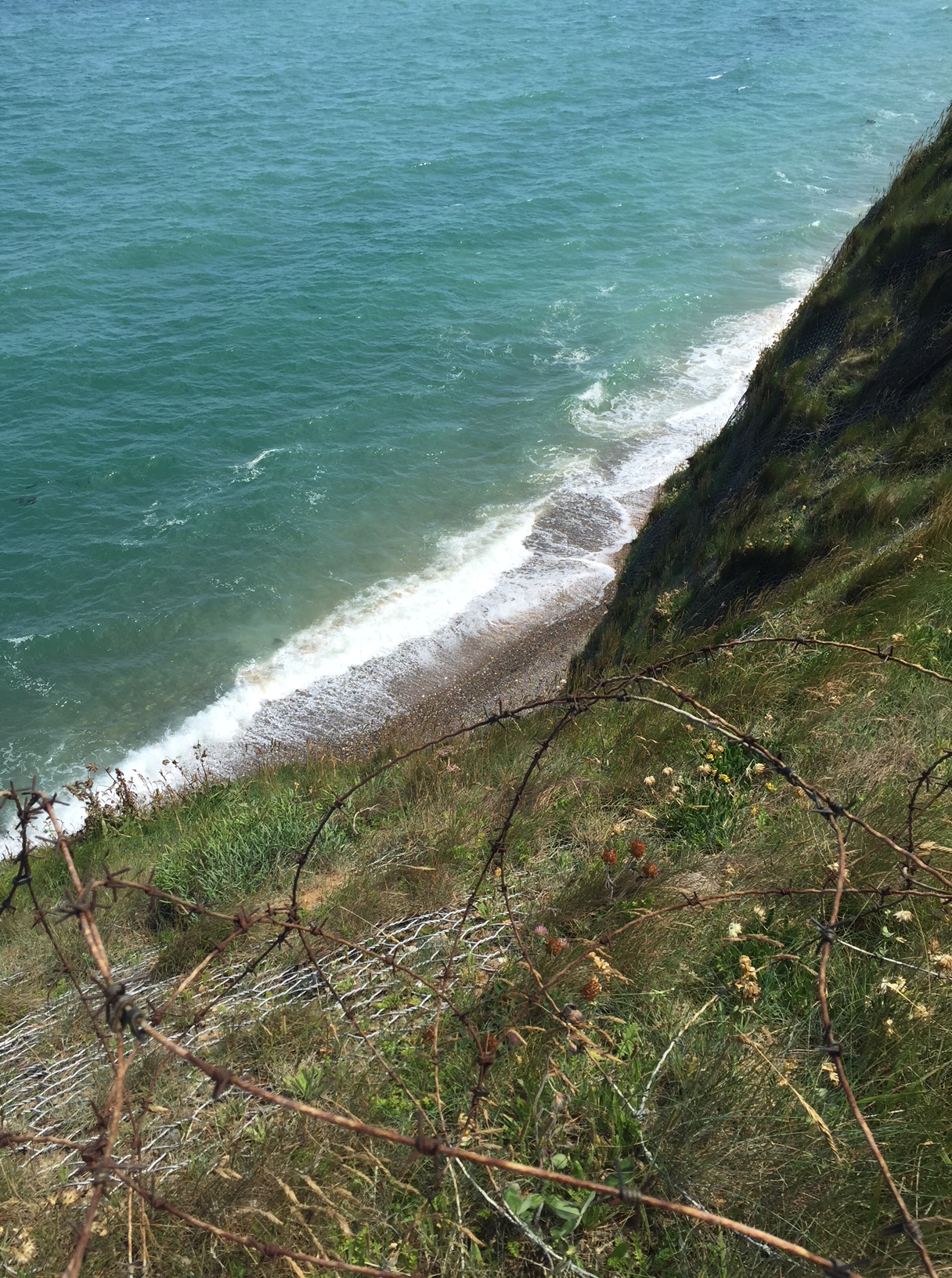 The Germans shot at the Rangers from a bunker at the top of the Omaha beach ridge. The Rangers amazingly climbed the sheer cliff (above) on D-Day paving the way for other Allied soldiers to follow.

Peter and Jen inside the German bunker on Omaha Beach. 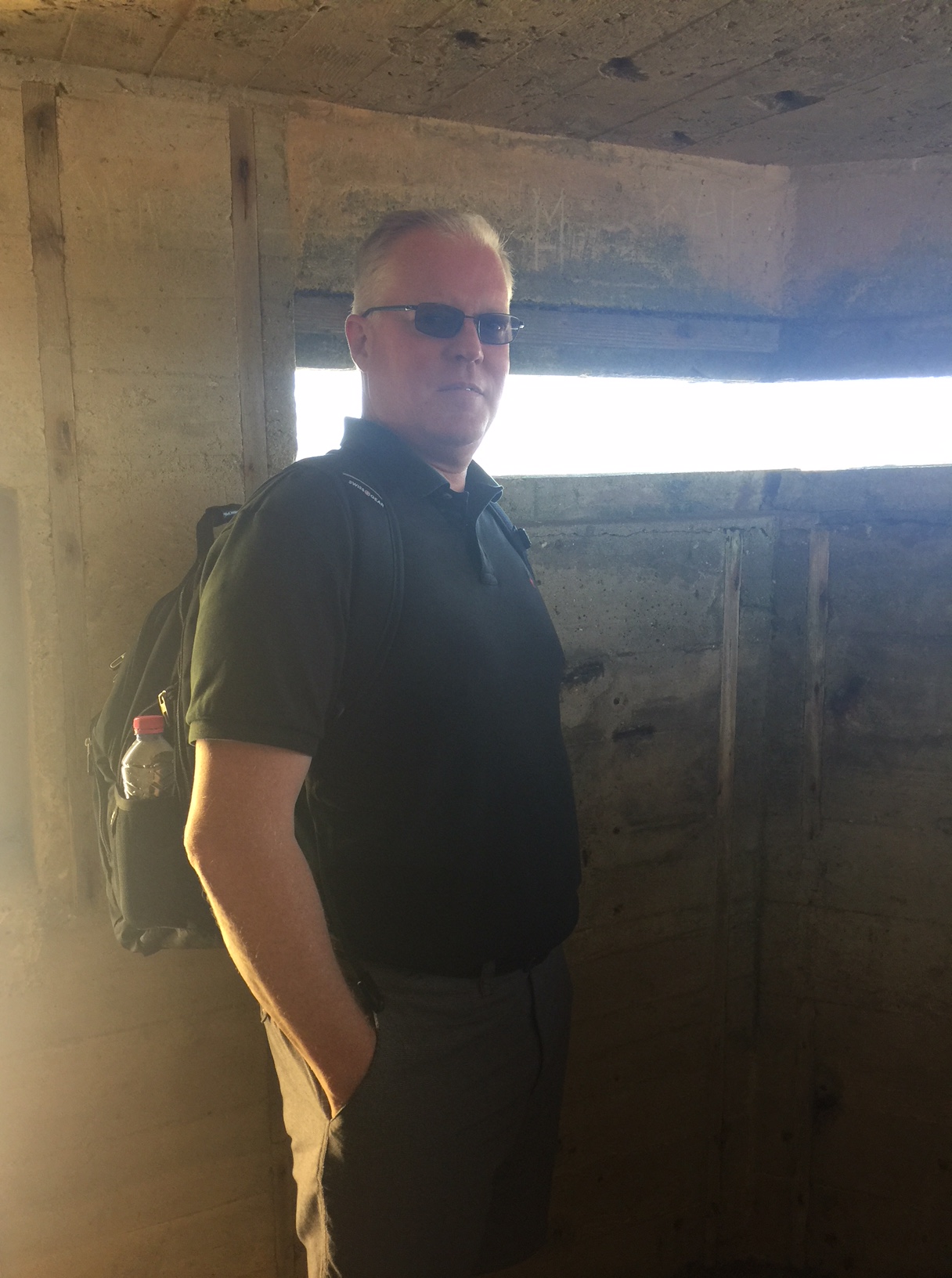 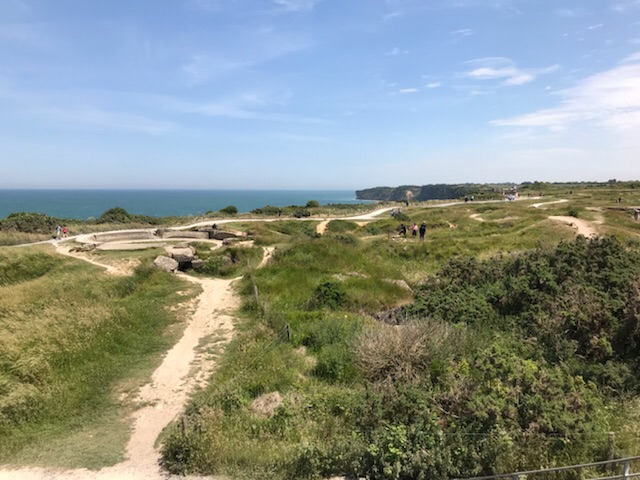 There were so many other stories shared – tales of bravery and suffering by French civilians. Stories about the tragic ways our soldiers perished. And stories about the ways our soldiers heroically sacrificed everything to accomplish their ultimate mission.  The Allied troops were selfless in their duty and put God and country first. This is the reason for our ultimate victory.

Our sons and daughters should look to these heroes for examples of  honor and courage in today’s world. May God bless them for their bravery in the face of evil. Almost 75 years later, may we follow in their footsteps to denounce evil and hatred wherever it is found.

American cemetery Normandy, so many crosses of fallen heroes. 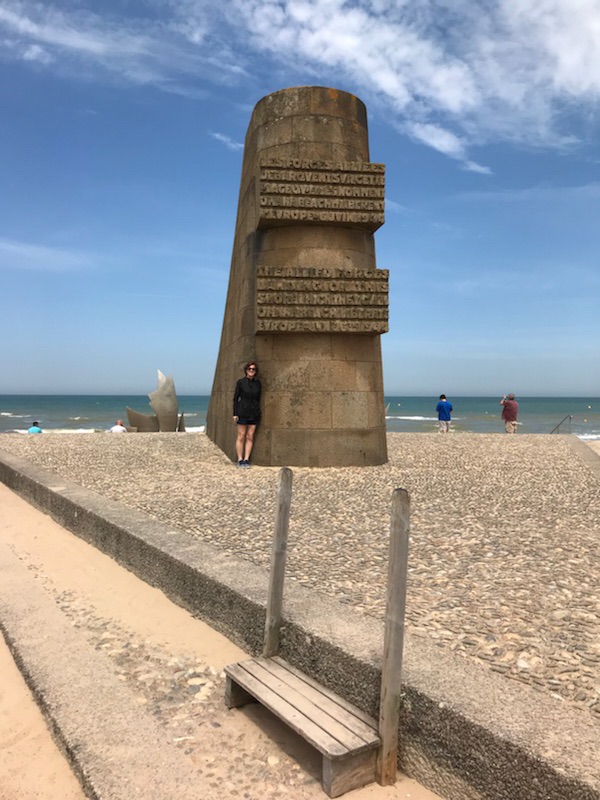 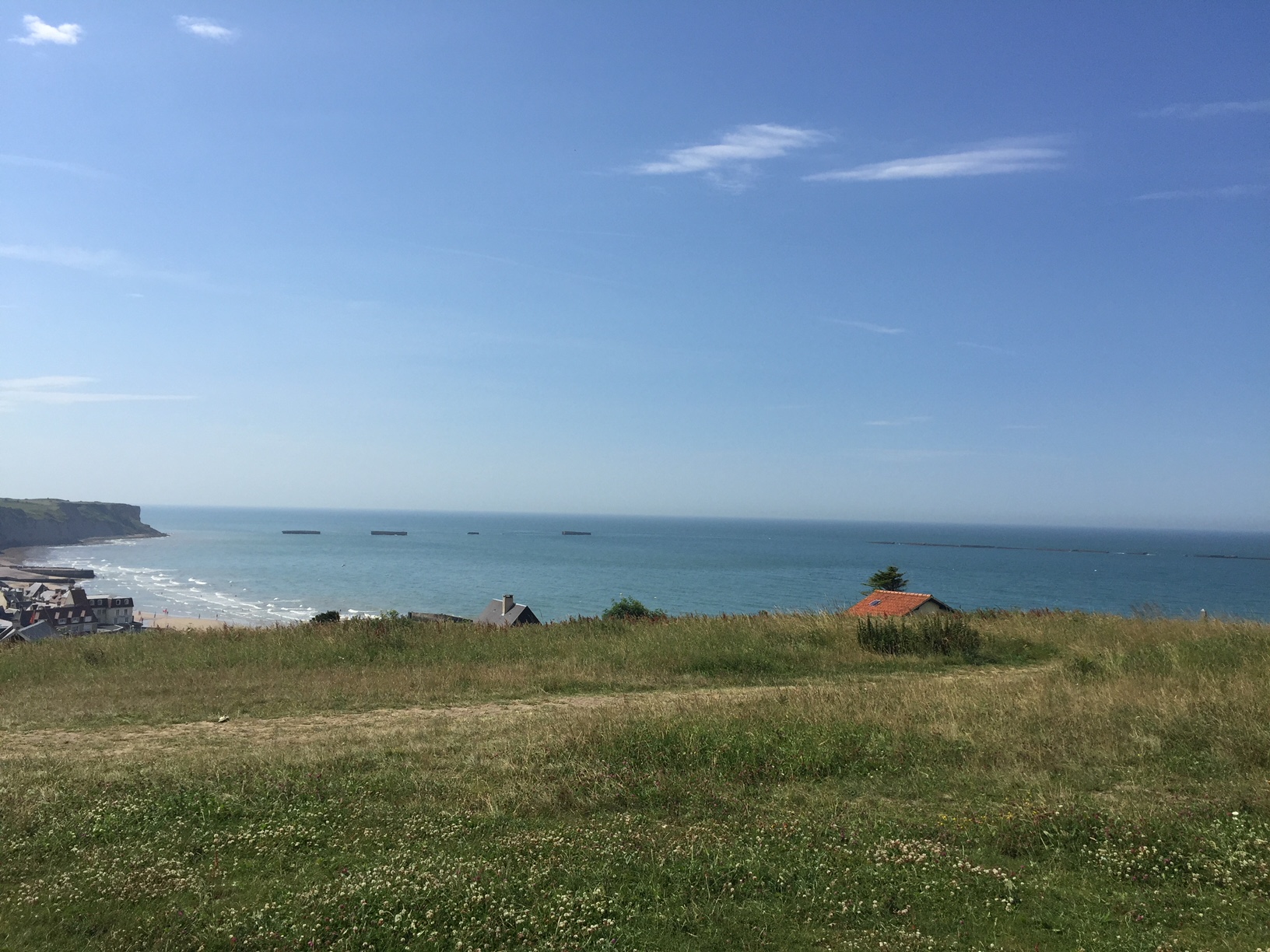