She stood tall and elegant at the center of the ancient church vestibule. The stained glass windows of the stately one hundred and thirty year old Catholic Church shone brightly in the late fall sun. As the organ music filled the unseen corners of the church, she grasped the arm of her beloved father and began to walk toward her future.

It was not long ago that this beautiful bride clad in a stunning white gown and delicate flowing veil may not have imagined this moment. This normal young woman from a large, loving family experienced a hardship that many of us could never imagine nor understand. It was the summer going into her junior year in college, when this young girl who was home working for the summer, “felt funny” after a run.  After several hospital visits, and an alarming increase in symptoms, this college undergrad was diagnosed with a rare disorder in which your body’s immune system attacks your nerves. The sensations quickly spread, and eventually, this beloved young girl found herself in ICU, completely paralyzed. She could not talk, eat, drink, lift her arms or legs.

The period of her illness was difficult for this large family who stood close in good and tough times.  Family and friends from all around surrounded the family with love and support. Prayers, masses and rosaries were offered for her healing. Sadly, the healing did not come. It was a dark period where everyone’s faith was tested. But during it all, this young woman never gave up – NEVER – she had hope! She believed she would get well, despite the odds. She told everyone who would listen – doctors, nurses, aides, family members and friends. Her faith and determination were so strong, that she literally willed herself to get well.  When doctors would tell her that she would probably miss her college junior year, she responded “You watch, I’ll be back.”

This young woman was taught something very important as a young child “believe in yourself, never give up.” This life lesson would become critically important in her healing and ultimate return to college and life. Against all odds, and over a period of time, she did return. With the help of dedicated friends and campus support, she returned to college for her junior year. The doctors could not explain her healing, they had never seen anything like it. But, they had never met a young woman who was a triple threat: she believed in herself, she believed in the love of her family/friends and she believed in her God. She never lost faith or hope thanks to the example of her large family  – the Arnao and Franciose/Powers/Galinski families! She has a lot to teach all of us. 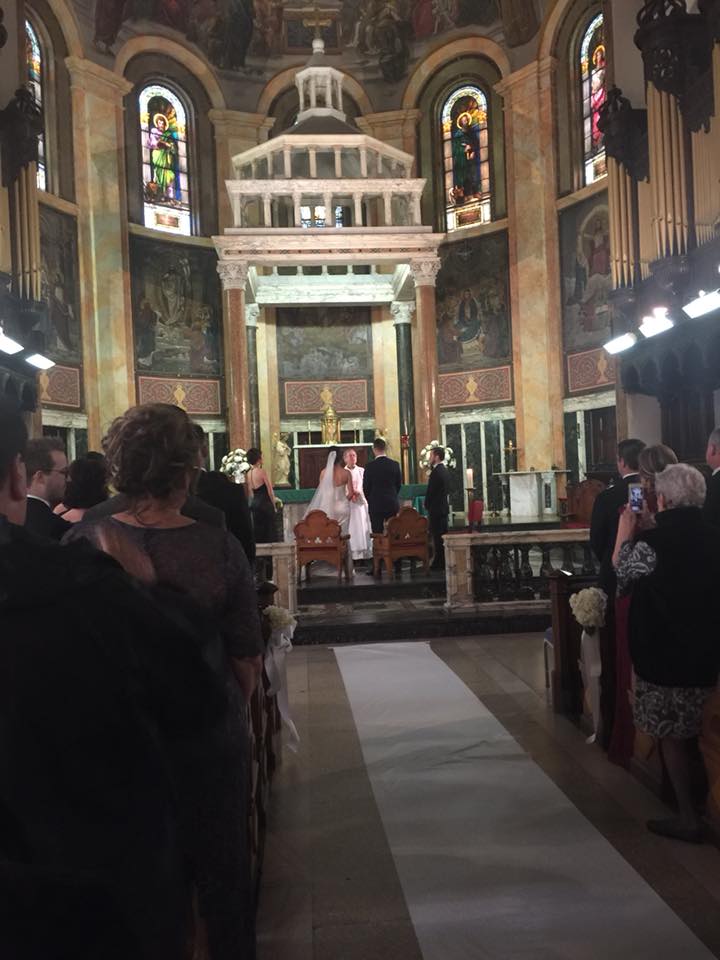 I was standing on the aisle during this weekend’s wedding Mass and had the privilege of watching my beloved cousin pass by me on the way to meet her future husband. As she did, I caught her taking a small, yet deep breath. I pondered that encounter and realized that she must have been thinking about how far she has come since those days in the hospital, unable to move. Here she was, a stunning bride on the arm of her beautiful dad and about to marry the love of her life. Yes, a deep breath seemed an appropriate action!  Dreams really do come true – for those who live in hope, believe in themselves and trust in the power of God!

Congratulations to Andrea Arnao and Davis Teater. May God Bless your marriage forever! We ALL love you.